This is a collection of assorted audio clips posted by radio man Ian Wright. His own career began at 2KM Kempsey in the early 70s,  and has covered announcing, sales and management at many stations including 3LK Horsham, 2AD Armidale (very briefly), 5KA and 5AA Adelaide, and 2BE Bega.

Ian is now with 5MU Murray Bridge out of Victor Harbor on the Fleurieu Peninsula of South Australia, handling sales as well as on-air and voiceover work. He has also been heard on community station 5EFM in Victor Harbor. A 2013 profile by Keith McGowan at RadioInfo gives a nice snapshot of Ian's work at 5MU.

A highlight in Ian's collection is Alan McGirvan making one of his in-character prank calls, this time as Mick Fleetwood of Fleetwood Mac. These calls were a feature of his morning show on 4IP in Ipswich, not far from Brisbane where much of its audience was found. Before 4IP, McGirvan had been a foundation announcer on 2JJ in Sydney, the AM station that went FM as part of the ABC's national Triple J network.

+ Audio clips from several decades, covering news, music and entertainment on AM and FM radio. You can also hear audio of Ian on-air at community station 5E-FM in Victor Harbor. 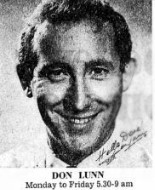 'Out of the 3UZ Archives' at Soundcloud

Email ThisBlogThis!Share to TwitterShare to FacebookShare to Pinterest
Labels: Out of the 3UZ Archives 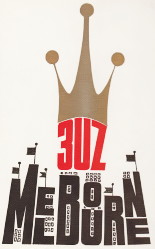 In the early 2000s Tony Sanderson created two pages of oldtime radio audio and commentary at his Bluehaze Solutions business website. It was a wide-ranging miscellany, covering old serials, comedy and quiz shows, and 60s deejays.

I exchanged emails with Tony when I first discovered his website, and he mentioned my site on one of his pages. He died in 2006, and although someone is keeping the site going, the audio files haven't been preserved. The snapshots of the site at Internet Archive have also failed to include the mp3s. 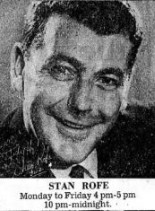 However, the AussieOldies channel at YouTube has posted three highlights, listed below. They are all chart countdowns hosted by well-known Melbourne announcers.

Ernie Sigley went on to stardom on national TV, but he was well-known on Melbourne radio and TV before that.

The witty Barry Ferber ('The Mellow Fellow') ran some entertaining record shows on 3DB, but here he is in a more formal mode, sticking to the script.

Stan 'The Man' Rofe was well established at 3KZ by the late 60s when he switched to 3UZ, where he ran a progressive late-night album show that departed from 3UZ's standard Top 40 format.

+ Lots of good old Aussie music at the AussieOldies channel.

Some announcers you can hear at Adelaide's 5KA-KAFM Reunion:
Mike Fewster on 5KA Breakfast in 1968 [aka Michael John Fewster at 2CA Canberra]
Jim Slade on 5KA Drive in 1968
Barry Bissell on 5KA Late Nights, c.1972-73 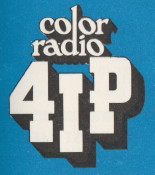 The Radio Antenna is the only substantial website I know of that is dedicated to posting and discussing airchecks from Australian radio stations. It has built up an impressive collection since I started following it a couple of years ago.

Most of the recordings are from the 80s and beyond, and most of those are from commercial FM stations, but there are some older examples, of which I've listed three below.

Some announcers you can hear at The Radio Antenna:
John Vertigan on 3UZ Melbourne in 1967
Rod Muir on 7HO Hobart in 1967
Kevin Hillier on 4IP Ipswich (+Brisbane), c.1975

+ Many other airchecks from AM and FM radio from the 80s to the present. 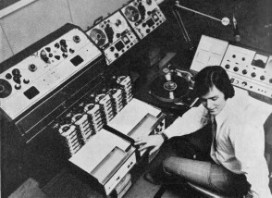